Home The 10 most strange Italian dishes 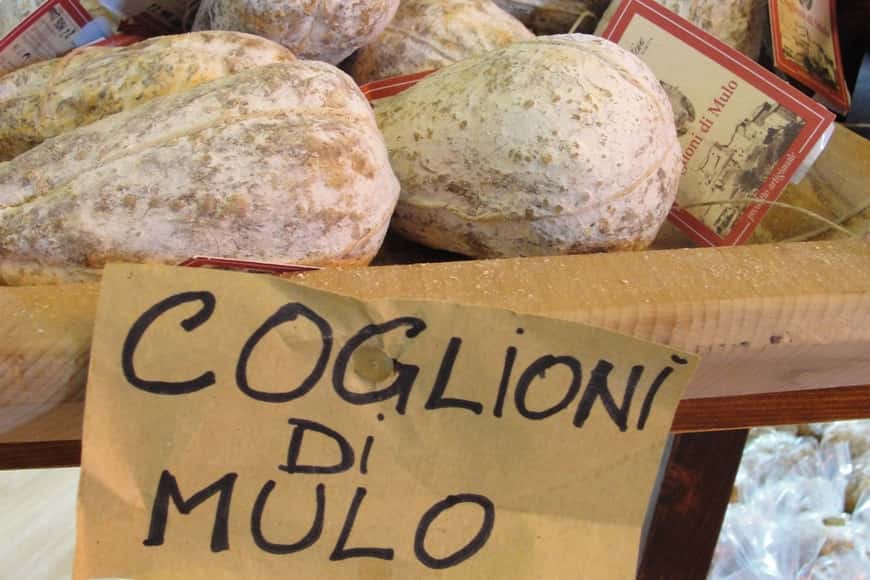 The 10 most strange Italian dishes: Cheeses with worms, attributes of chickens and horses, raw fish, stomachs, intestines and lungs in profusion: sometimes our gastronomy reserves surprises. Behind which, however, authentic specialties are hidden.

From Lampredotto (bovine stomach) to Pajata, from “Coglioni di mulo” (testicles of mule) to “meuza” (spleen and veal lung) up to “casu marzu sardo” (Sardinian rotten cheese). Let’s say the truth, at the origin of the wealth of Italian cuisine, very often, there was ingenuity. Or rather, the hunger pangs. To win which our ancestors, from what little they had, have been able to invent everything. Making authentic specialties also from scraps, from less noble products, watched with horror from the tables of the richest. Here then is the top 10 of the strangest foods around the “Bel Paese”. Be clear: all very good and absolutely to try. Despite appearances.

At the tenth place there is the Florentine Lampredotto, produced with one of the four stomachs of the bovine, the Abomasum. It is subjected to a long cooking with tomato, onion, parsley and celery, but there is also the version with only green sauce and the one stewed with chard. Dish of poor origin, in Florence is the street food par excellence: it is usually consumed in a sandwich, the “Semelle”, salty, unlike other types of Tuscan bread. The tenth place should then be extended to all variations of tripe, from Roman to Florentine to Milanese. 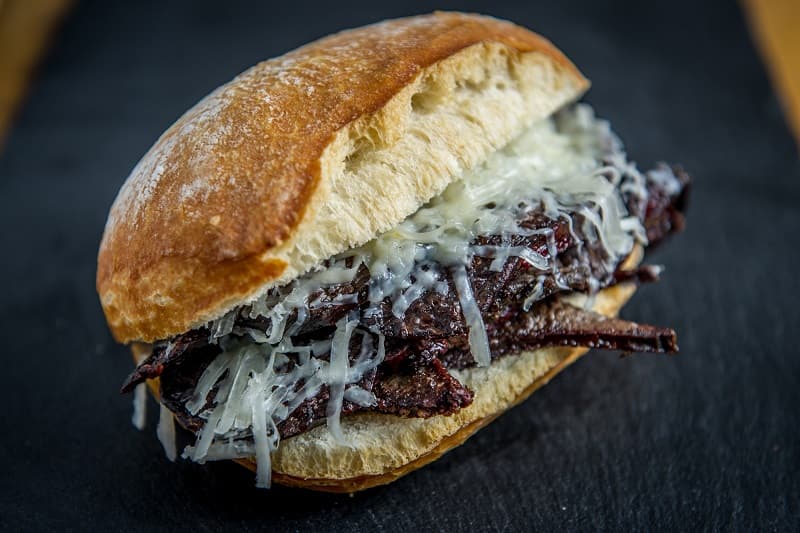 In ninth place another institution of street food, the Palermo meuse. The “pani câ meusa” is nothing more than a sandwich (sprinkled with sesame) seasoned with spleen and veal lung, after being boiled and fried in the pie. The sandwich can be “maritatu” (married), that is paired with grated Caciocavallo cheese or salted ricotta cheese; or “schettu” (celibate), without any seasoning. Or enriched only by a drops of lemon juice. 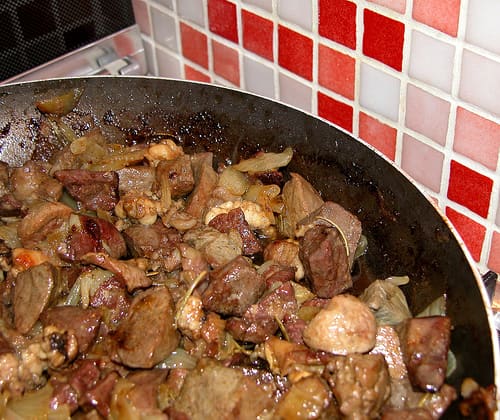 Apart from the liver, the consumption of entrails today increasingly appears to be a “strangeness”, which instead should be rediscovered. Here then is that today’s palate sounds very unfamiliar (in short, one of the strange Italian food) also the eighth place of the Coratella Umbra, a kind of stew based on lungs, heart, guts, liver and spleen of lamb. 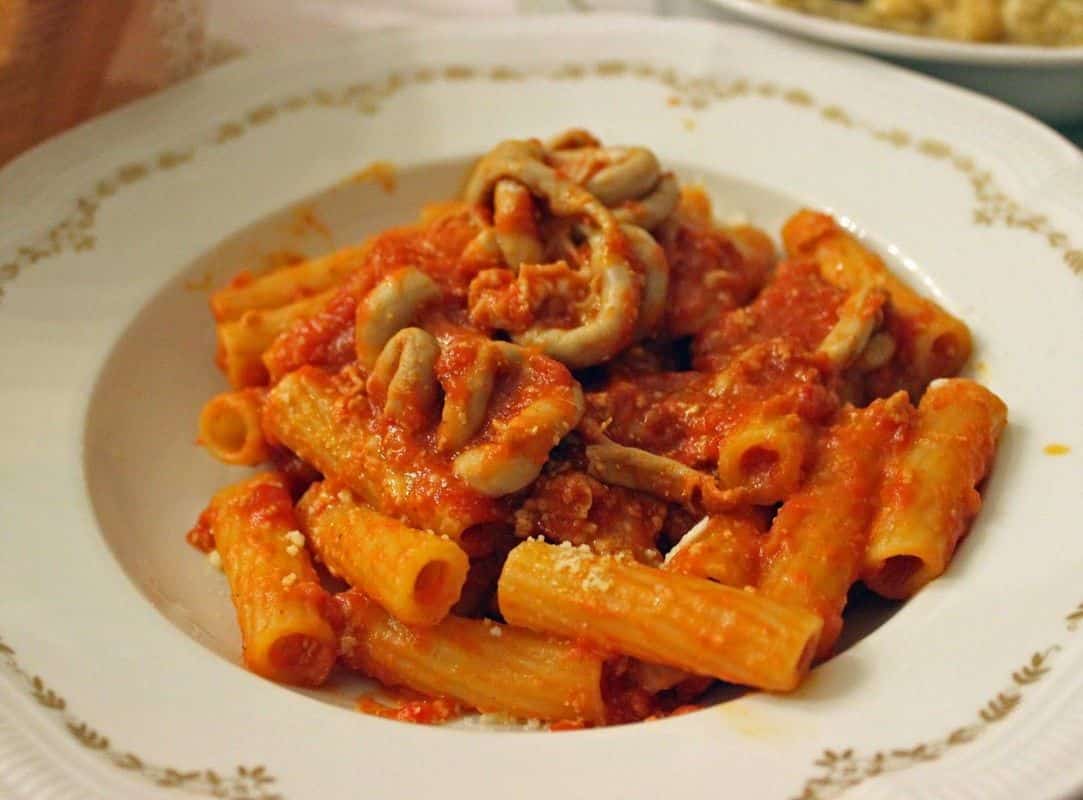 Also deserved the seventh place of the Roman Pajata, recently returned to our tables after the ban imposed by the epidemic of mad cow disease. It is the small intestine of the calf or of the ox, very used in rigatoni. Typical dish of Roman taverns, 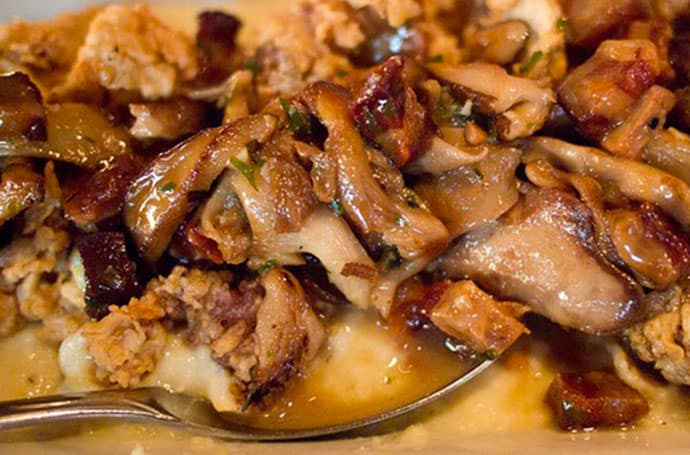 The sixth place is all of the cibreo, an ancient Florentine dish particularly loved by “Caterina de’ Medici”. It is a soup made with ridges and chicken or rooster fagatini. In short, giblets of all kinds where also appear wattles (the “barbozza” of the chicken) and especially the testicles of the rooster, also called beans or grains! 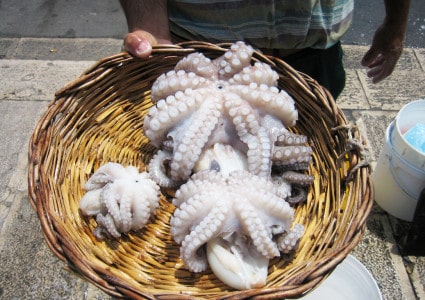 For the fifth place it is necessary to open a chapter for the “Italian-style sushi”, that is the saga of the Puglian raw fish. Unparalleled specialties, especially if consumed fresh. Even if, in some cases, some perplexity may arise: what about the raw Apulian octopus, beaten against a rock, washed by its “foam” and then curled to make its tentacles softer? Once tasted, however, every perplexity vanishes, I can confirm that I ate it

In fourth place, among all those oddities that once consumed the “people of the valley” – from snails to frogs – stand out the Sicilian and Puglian raw snails, sometimes cooked after a very short roasting. At one time they were even considered a remedy against gastritis. 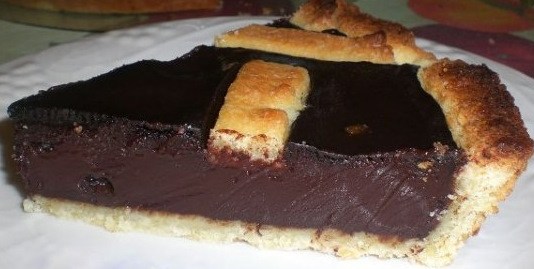 On the podium, in third place, she sits: the pig’s blood cake. It is a Tuscan specialty prepared, as well as with the blood of pork, with milk, Parmesan, breadcrumbs, butter, eggs and bacon in small cubes. It is the avant-garde of the specialties prepared with pig’s blood as the famous blood sausages, sausages prepared throughout Italy with different recipes depending on the region. Pork blood is added to the potatoes in Lombardy, pine nuts in Liguria, wild fennel in Tuscany. In Campania it is even added cocoa, rice, pine nuts, orange peels and raisins and becomes a dessert; in Calabria, ricotta is added. 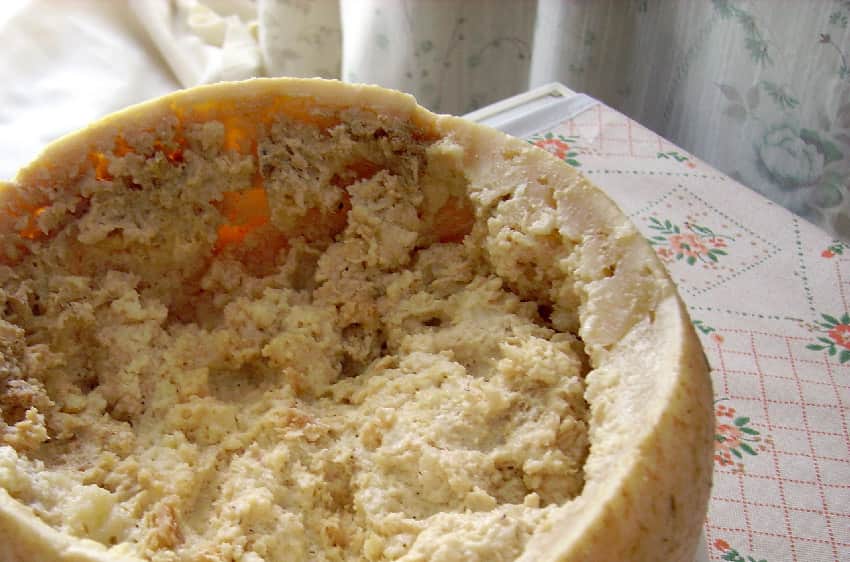 In second place, the Sardinian casu frazigu (or casu martzu). That is cheese with worms. It is a pecorino or goat cheese colonized by the larvae of the cheese fly, which the experts (and me too, considering that I eat it) swear give it an unmistakable taste. A tough opinion to send down to the European Union, given that for Euroburocrats a cheese with worms is simply forbidden, and the Italian institutions have had to sweat seven shirts to get an exemption from Brussels. In fact, there are similar cheeses throughout Italy: the “Marcetto” in Abruzzo, the Salterello “in Friuli, the” Ribiòla cui bèg “in Lombardy,” Furmai nis “in Emilia-Romagna, the” Frmag punt ” in Puglia and “Casu du quagghiu” in Calabria, all united by the presence of worms. 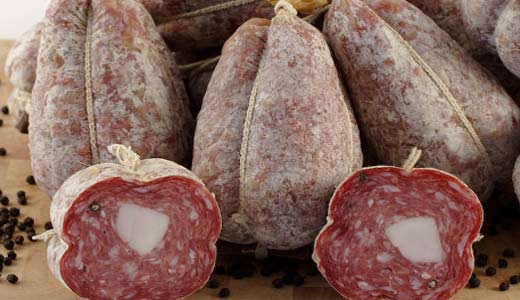 In the first place, well, there can only be them: the “mule balls”, salami with an unmistakable shape produced in the Apennine belt between Norcia and L’Aquila, straddling four regions: Umbria, Marche, Lazio and Abruzzo. But, on closer inspection, the strangeness is only in the name: it is simply a salami with two pieces of lard inside, and the poor family jewelry of the animal have nothing to do with it. We Italians, after all, we are made like this: the strangeness is only appearance, digging and then find goodness. Seasoned only by a bit of farce.

if you liked the article, and you want to learn how to make fresh handmade tagliatelle, with the traditional Bolognese Meat Sauce subscribe to one of my classes.
Short class